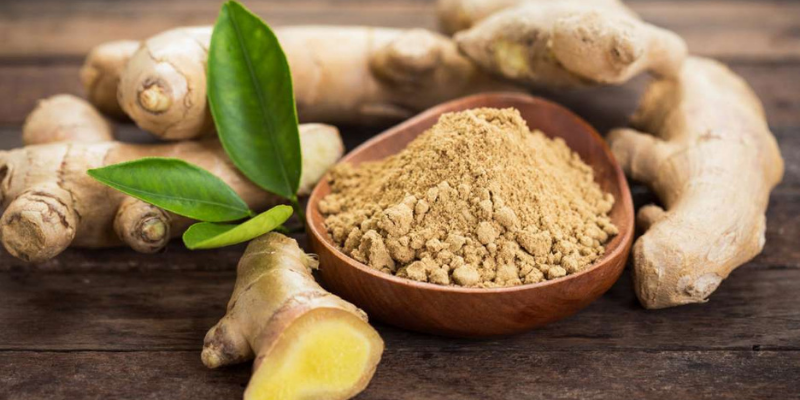 We all use ginger in conjunction with garlic in everyday cookery. But, few people are aware of the fact that this wonder herb is capable of much more than we know. Let us dig in this conundrum.

Ginger is a perennial herb with underground branching stems called rhizomes which are swollen and tough. They are white or yellow outside and become grey-brown or orange with age, up to 2.5 cm in diameter. The leaves and rhizomes have a characteristic fragrant odor when cut or bruised. Rhizomes are dug out after the leafy parts are dried. They are sold as fresh ginger in the vegetable market or are peeled, sliced and dried. The sun-dried ginger is commonly known as “sount” in India.

Ginger is believed to have originated in India. It was introduced in China at a very early date. It appears to have been used as a spice and medicine by the Indians and the Chinese. Indian Vedas and Chinese medical treaties bear numerous mention of the herb. It has also been mentioned by Dioscorides and Pliny, who are stalwarts in the field of natural medicine. Owing to the easy transport of the rhizomes, the herb spawned to all tropical countries. China, India, and Taiwan are the major producers of ginger. The ginger grown in Kerala is brilliant in aroma and taste.

Ginger is available in two forms. Namely, fresh and dried. Both are equally nutritive. As the taste of ginger is not palatable, subtle means have been adopted to gloss it over. It is put in vegetables as a flavour enhancer. The dried ginger may be scraped or peeled before drying. It is esteemed for its the pungent aroma and medicinal value.

It is regarded as “ Maha Aushadhi”, meaning great medicine in Indian Vedas. Ancient physicians used ginger as anti fermenting medicine. It was used to treat the defective humor of the body. It as an aid in paralysis caused by a phlegmatic imbalance in the body. Centuries ago, it was used in
the treatment of gout. Ginger is widely popular in local medicines in the far east. It helps to relieve the gas problem and is called as a carminative.

Ginger is highly helpful in stomach disorders like dyspepsia, flatulence, colic vomiting, spasms, and other painful bowels. Chewing a piece of ginger after meals are considered an antidote for many ailments.
Moreover, vomiting due to biliousness and nausea can be cured by taking ginger, fresh lime and mint juice along with little honey. This is also useful for morning sickness and indigestion due to heavy nonvegetarian food, as well as jaundice and piles.

Small pieces of ginger boiled in water, strained and then added with sugar is an effective remedy for colds and fevers. It should be consumed hot.

Ginger juice along with fenugreek decoction and honey is considered is “diaphoretic” mixture that reduces sweating in influenza and fevers. It also acts as an expectorant in bronchitis, asthma, whooping cough and tuberculosis of lungs.

Ginger is an excellent analgesic and natural remedy for headaches, toothaches, and ear canal infections.

Ginger infusion sweetened with sugar is prescribed as a natural remedy for dysmenorrhea and amenorrhea due to cold exposure.
We can concur that ginger is an entire medicine cabinet in itself.
So, don’t wait. Grab a bite of this fabled herb!