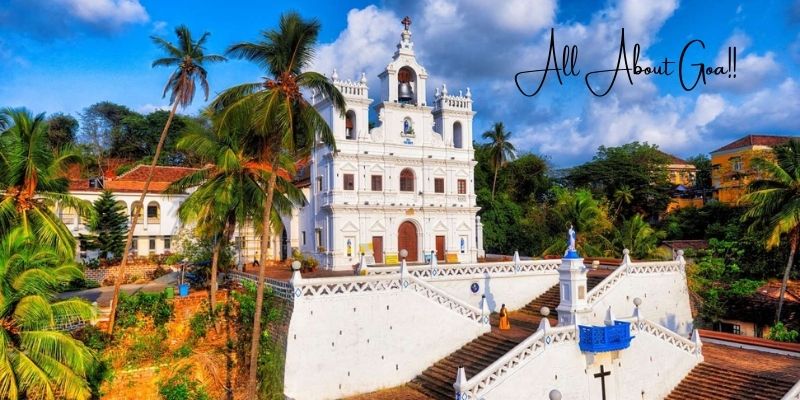 Imagine yourself walking on the beach, walking in the shallow end of the sea, and then enjoying some delicious seafood with your loved ones!! Doesn’t it sound amazing?! Well, that’s Goa summarized for you. Although a small-sized state, it is a popular tourist destination for Indians and people abroad.

Goan cuisine is a combination of eastern and western influences. The Portuguese, Arab, Brazilian, French, Konkani, Malabari, etc., are some of the few cultures to mould the Goan culture. But the first influence came from the Portuguese when in 1510, they captured the state from the Sultan of Bijapur. Their rule introduced new items in the culinary section such as potatoes, tomatoes, chillies, cashew, and bread. People started to call it ‘Goa Dourada‘ because of its beauty. It also had different ports to facilitate trading with the West, introducing Chinese Silk, different types of meat, and asafoetida. 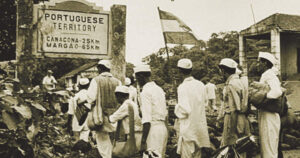 However, during the 450-year rule, the Goan citizens were dissatisfied with the Portuguese. Just as India was free from the British regime, the Goan colony was still a part of foreign rule. On December 17th, 1961, after several failed negotiations, Indian deployed around 30,000 Indian troops against the 3,000 member Portuguese Army. ‘Operation Vijay‘ was successful, freeing Goa on the night of December 18th. Hence, on December 19th, Goa became a part of India, and the people celebrate this day as Goa Liberation Day.

Did you know that Goa celebrates 2 Independence days? One from the British and the other from the Portuguese. People celebrate Liberation day with great joy and festivities.

Apart from the celebrations, there are also tourist attractions that you may want to add to your bucket list. Beaches, probably, may rank high when visiting Goa, but there the cities have more to offer. Some places are- 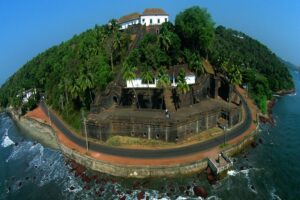 Portuguese influence on Goa’s cuisine was carried forward by the locals. Since Goa is located near the seashore, seafood dominates its cuisine. Coconut milk, kokum, rice, cashews, vinegar, and different types of meat also dominate the cuisine. The state’s cuisine consists of three types-

With each type varying from the other, Goan cuisine has a lot of delicacies to offer. Some of their main dishes include- 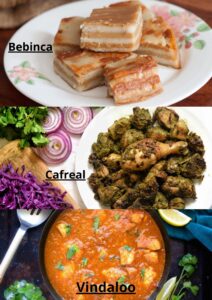 All these represent Goan cuisine and are the staple delicacies among the locals. Several desserts comprise-

Because of the influence of the Portuguese, baking is also popular in this state. Different types of bread and cakes bring some more variety to Goan cuisine. By reading this, it shows that the state of Goa is just more than nightlife, drinking, and beaches!!

We wish all Goans a Happy and Prosperous Liberation Day. We hope the next time you visit Goa, try these unique delicacies to add them to your never-ending bucket list!!