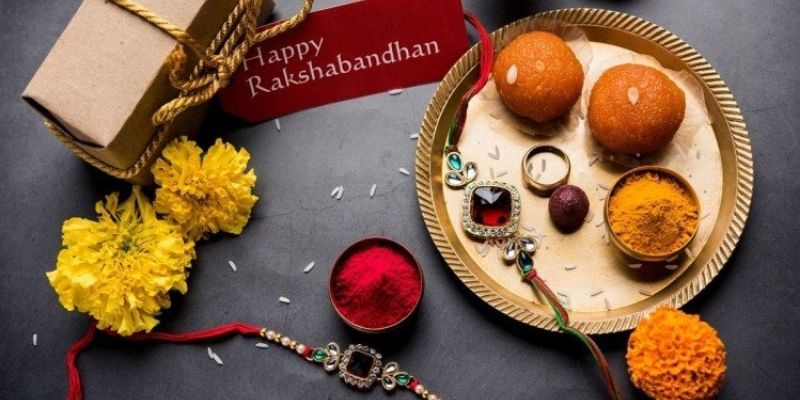 Brothers and sisters are like cats and dogs!! We fight, we laugh, but most importantly, we share a unique bond that can never break easily. It’s an ‘invisible promise’ that keeps living and is unbreakable. India celebrates this relationship in an illustrious manner, which Rakshabandhan or Rakhi. 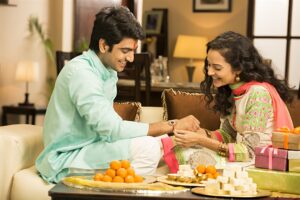 Moreover, Raksha Bandhan falls in the auspicious month of Shravana and occurs on the full moon day (Purnima) according to the Hindu Lunar calendar. Also known as Rakhi Purnima, many states of India celebrate this festival. It’s known with several names, but the common thing is the prayer and the pledge for protection. In South India, Raksha Bandhan is called Avani Avittam in North India, it’s known as Kajari Purnima, and in the Western Ghats of India, it’s called Nariyal Purnima.

However, Rakshabandhan’s origin has a vast and varied story. Several stories connote this festival’s significance. Some are-

Although the times have changed, the festival’s tradition and customs have been the same. Before the festival, girls browse through different shops, searching for the perfect Rakhi and sweets. Its significance varies from region to region, it’s primarily a North and West Indian festival, but it also has different importance in Southern and Coastal areas. Some are- 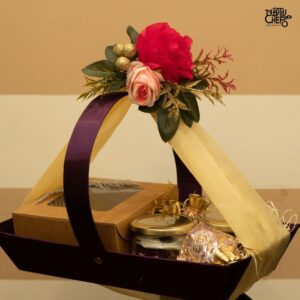 With a vibrant celebration, meetha khaana toh banta hai!! There are several delicacies to try on this festive day!! For example, in Avani Avittam, South Indians gorge on unique delicacies like Varagu Thattai (a snack made of millets ), Aval Payasam (Poha Kheer), Spicy Murukku, Unni Appam, and many others. Whereas on Narali Purnima, coconut is the staple food during the day. Delicacies like Narali Bhaat (Coconut rice), Naral barfi (Coconut barfi), and Naral Laddu (Coconut laddu) are the main attractions during the day. However, in contemporary times, chocolates and traditional mithais have also emerged as popular gifting options during Raksha Bandhan with attractive Rakhi hampers.

Let the bond between siblings stay unimpaired. We wish everyone a Happy and safe Raksha Bandhan!!