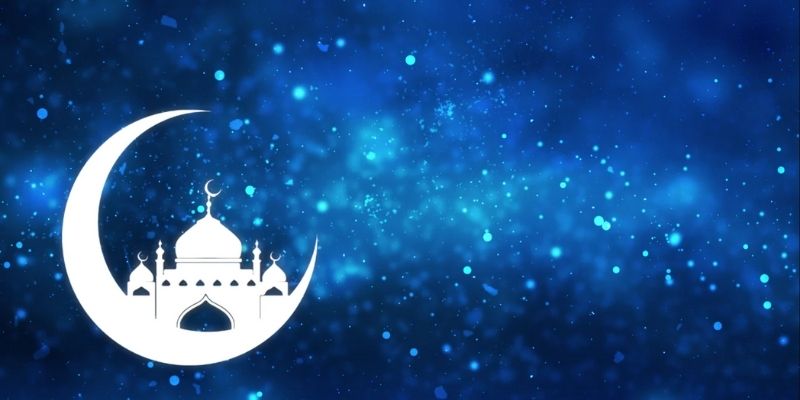 In India, different communities celebrate their cultural ‘New Year’ with their age-old traditions. Just like that, the Islamic community celebrates their new year in the Monsoon Season. Although a festival of sorts, Muslims don’t celebrate this festival with much joy because of its history. Muharram is the first month of the Islamic calendar and is one of the four sacred months after Ramadan. It begins after the sighting of the full moon on the final day of the Islamic calendar. 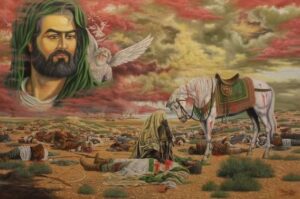 Furthermore, during this month, devotees avoid warfare or any violence since it’s one of the holiest months. It’s the month of remembrance as people honour the martyrs and abstain from joyous events. Also known as the Mourning of Muharram, the Tenth day of Muharram is called the Day of Ashura. While the Shia Muslims mourn the tragedy of Imam Hussein’s family, the Sunni Muslims practice fasting on Ashura. Ashura means ‘Tenth‘ and refers to the tenth day of Muharram. The mourning begins from the first night and climaxes on the tenth night of Muharram.

The last few days, until the day of Ashura, are highly significant because during these days, Hussein Ibn Ali, the grandson of Muhammad, along with his family and followers, starved without food and water. From the seventh day, they started suffering, and on the 10th day, the army of ‘Yazid I‘ killed Hussain and 72 of his followers at the Battle of Karbala on Yazid’s orders. The surviving members marched to Damascus and were imprisoned there. Hence, in their honor, followers consume less food, while some don’t even drink or eat until Zawal (afternoon) as part of the mourning.

However, during Muharram, some people can still enjoy festive delicacies specially made for the day. Fakia, a food platter that consists of nuts, seeds, dried fruits, and some sweets, is gifted to loved ones during Ashura. Devotees consume a dessert porridge called ‘Ashure’ and popularly consume it across the Middle East, Turkey, and Armenia. The porridge consists of whole wheat, dry fruits, rose water, spices, and sugar. It’s a wholesome porridge that family and friends share among themselves. Khichda is a variation on the dish, Haleem, which is popular with Muslims in India during Muharram. 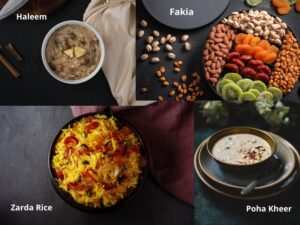 Festive treats also include ‘Muharram ka Sherbet’. Originally popular in Hyderabad in India, it’s a milk-based sherbet flavoured with dry fruits and cardamom. The flavour of the drink comes from the ‘smoking’ of Oudh bark, which gives it a unique and enchanting aroma!! Those who participate in the processions and those who are fasting consume this exotic drink. Zarda rice is another delicacy that consists of rice cooked in orange flavour along with nuts and spices. Lastly, Poha Kheer also is a popular sweet for Muslims. It’s healthy because it contains iron coming from flattened rice flakes.

If you want to explore more, check our website, where you can choose from delectable Mughlai and Bohra delicacies. We wish you all have a safe and healthy Muharram. So, to all reading this, Muharram Mubarak!!