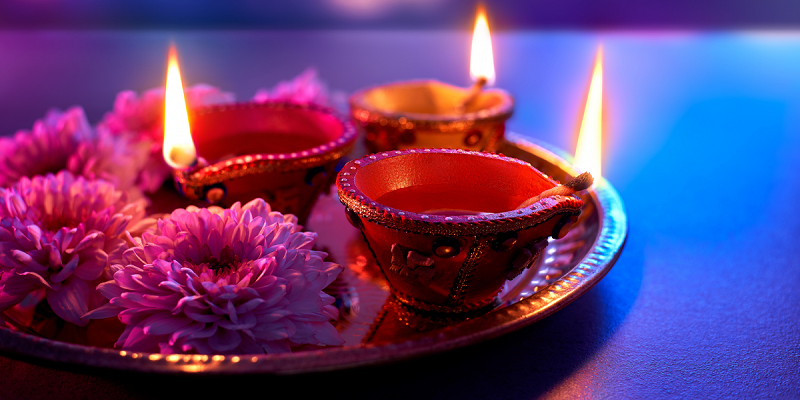 After the celebrations of Dussehra and Navratri, everyone starts planning for the Festival of Lights. From welcoming the entourage of Ramayana to honouring Goddess Lakshmi, every culture appreciates the festival’s celebrations, energy, and reverence. It’s the start of Winter, and the zeal amongst people is starting to present itself.

Diwali’s history has several stories to tell. However, one topic remains common- the victory of good over evil. Since almost every state celebrates it, let’s look at the different legends based around it!!

Diwali celebrations vary in different cultures. For example, in the Sikh culture, people celebrate the return of Guru Hargobind Ji (the sixth guru) from captivity. To commemorate his love for Sikhism, devotees light the route to the Golden Temple in his honour. Whereas, in Jainism, people celebrate the achievements of Lord Mahavira, who established this culture. The Bengali culture worships Goddess Kali, the embodiment of supreme energy. Goddess Kali takes away all darkness, cuts down all impurities, and purifies devotees with her love.

Diwali is a five-day festival with each day having its significance. Let’s look at them, shall we!?

While the celebrations go on, the festive feast also attracts several people. During Diwali, the main food items are the ‘Faral’, which consists of Chakli, Chiwda, Sev, Shankarpale, and laddus. Although they are available year-round, they gain the maximum demand during this festival. Some other Mithais and snacks to explore during the festival include-

All this has got me excited for the festive season of Diwali. So, I am going to quickly plan everything for the celebrations and celebrate it in the best possible way with my friends and family. Wishing everyone a happy and safe Diwali!!