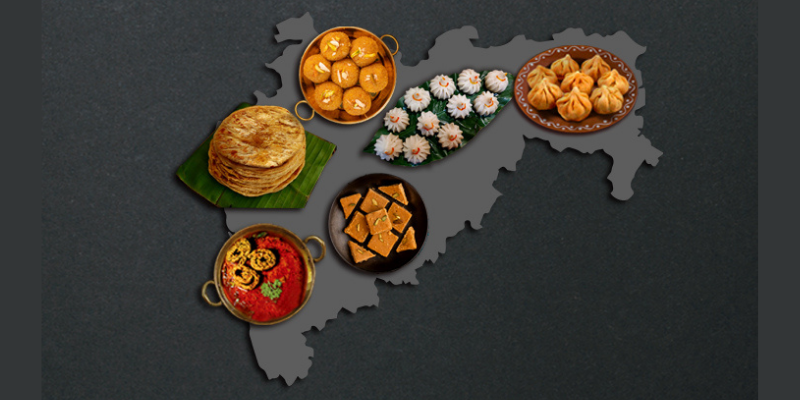 India is a land of varied cultures and different types of mouth-watering cuisines. The country boasts of a plethora of delicacies that each cuisine offers. Indian food can be described as a riot flavors since each region and culture have their own taste. With that being said, the state of Maharashtra offers a wide range of sweet and savory dishes with unique tastes to make your taste buds dance. But let’s take a small detour to learn briefly about the state’s history. 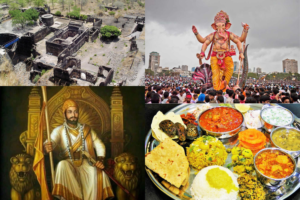 The state of Maharashtra has a very rich history and it first appeared in a seventh-century inscription in a Chinese traveler’s account. According to him, the name of the state derives from Maharathi (great chariot driver), referring to a skillful fighting force. Fast forward a few years later, Muslim dynasties ruled over Maharashtra, and the state was divided into several factions. However, a great leader named Shivaji Bhosale rose to the occasion and built a Maratha empire lasting for years and ushered in a new era for the people. Maharashtrian cuisine’s distinction increased in the 17th century. The delicacies prepared in the royal kitchens were an exquisite experience and every meal included a range of vegetarian and non-vegetarian delicacies balancing each other.

What delicacies come to your mind when you think of Maharashtrian cuisine? Vada Pav? Pav Bhaji? Almost every day, we indulge ourselves in some of the irresistible and inexhaustible variety of street foods that this state has to offer. Maharashtra not only consists of beautiful beaches and forts but also an abundance of exotic delicacies with unique tastes.

Maharashtra’s regional diversity elaborates into different parts- Konkan, Desh, Khandesh, Marathwada, and Vidarbha. The Konkan region is a coastal region and consists of cities like Raigad, Thane, Mumbai, Ratnagiri, and Sindhudurg. Konkani cuisine is diverse and consists of ‘sub-cuisines’ like Malvani and Saraswat Brahmin, where seafood with some steamed rice is a heavenly combination.

Inwards to Konkan, the Desh region includes Pune, Satara, and Kolhapur, and this region formed the basis of the Maratha 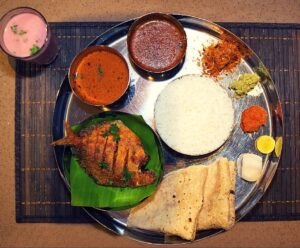 empire. Spicy and richness are the two characteristics to describe the cuisine from this region.

The Khandesh region comes to the North of the Desh region comprising Nashik, Jalgaon, and Ahmednagar. The food here is influenced by the neighboring states of Gujarat and Rajasthan.

The north-east region of Maharashtra is the Vidarbha region which includes Nagpur, Amravati, Chandrapur, Akola, and Bhandara. Although a part of Maharashtra, its cuisine is affected by Madhya Pradesh, Chattisgarh, and Telangana. This region’s culinary special is the Saoji cuisine, practiced by the Halba Kosti tribe. It involves spicy mutton and chicken curries which have a unique flavour and an authentic blend of homemade spices. A must-try here people!!

The state’s culture has numerous unique delicacies, some of which are popular and some are very rare. One of the homeliest dishes is the Amti. Made of Toor dal, it also consists of tamarind, jaggery, and coconut providing the dish a sweet, tangy, and spicy flavour. Another such dish is Bharli Vangi (stuffed eggplant). The stuffing consists of coconut, peanuts, tamarind, onions, and a unique masala to give it a mouth-watering taste. Usal is also a popular curry dish in Maharashtra which is prepared with a variety of sprouted beans. A quintessential comfort dish is the Metkut bhaat, where Metkut is a fine powder consisting lentils, grains, and spices, and is found in almost all Marathi households. 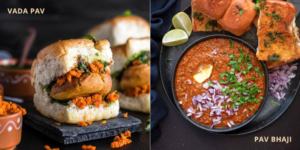 Maharashtrian cuisine comes with a great selection of snacks and have satisfied many bellies in this state and the country. Pav Bhaji and Vada Pav’s monarchy in the fast-food sector has attracted a crowd from beyond the borders of this country. Pav Bhaji involves mixed veggies cooked in butter and a unique blend of spices, partnered with bread. The name Vada Pav stimulates a drooling reaction from all Mumbaikars as it’s The dish of this metropolitan city. Deep-fried fritters consisting of spiced and mashed potatoes placed inside a split pav with some zesty chutney!! Mmmmmmmm!!

Misal Pav is also a popular delicacy consisting of spicy curry made of sprouted beans topped with chopped onions, cilantro, farsan for some crunch, and a dash of lemon juice. Another MUST-TRY dish in Maharashtra is Poha. This breakfast dish originates from this state and consists of flattened rice flakes tempered with oil, curry leaves, onions, mustard seeds, and peanuts. Looking for a snack while fasting? Sabudana Khichdi comes to the rescue. Consisting of tapioca pearls, it’s tossed in with potatoes, peanuts, and selected herbs. Monsoon season indicates the arrival of Alu Vadi which is made of Colocasia leaves. Covered with gram flour, they are steamed and fried to give it that perfect crispiness!! My god writing all this is making me hungry!! What about you?

In Maharashtra, the Kolhapuri cuisine is the epitome of non-vegetarian delicacies. Rich with spicy rassa (a type of gravy), it acquaints us with the royal Maratha kitchens. Meat, mostly mutton, is an integral part of any Kolhapuri meal. The unique taste and richness of their dishes come from a blend of spices known as kanda-lasun masala (onion-garlic). Pandhra (White) and Tambda (Red) rassa originate in this region to tease one’s tastebuds. Lavangi, a special variant of the red chilli, is native to this region and is bound to make your mouth numb. Whoo, that’s a lot of spicy!! 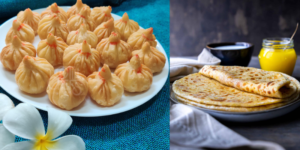 There are various selection dilemmas when it comes to authentic Maharashtrian desserts. The most popular desserts in Maharashtra are Modaks and Puran Poli. Puran Poli is a sweet flatbread stuffed with a combination of jaggery and Bengal gram. Ukadiche modak, favourite delicacy of Lord Ganesha, is basically sweet dumplings consisting of a mixture of coconut and jaggery. Modaks gain high demand during the Ganesh chaturthi festival, one of the biggest festivals in Maharashtra.

Dairy-based desserts include Shrikhand and Basundi. Shrikhand consists of hung curd sweetened using powdered sugar. Basundi is a sweet treat, which consists of thickened milk combined with cardamom, nutmeg, and dry fruits. Let your taste buds dance with these sweets!!

Well, all these delicacies have left all of us salivating. So, which is your favourite delicacy and which will you try first? You can explore our website as well to experience these delicacies at the comfort of your home!!