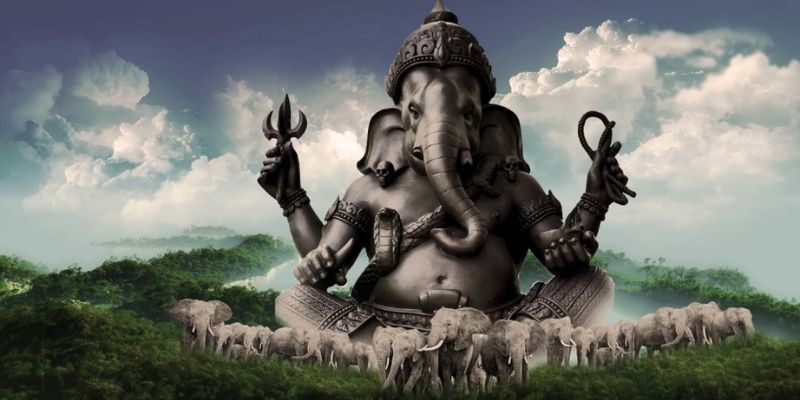 Name a better time than Ganesh Chaturthi in Monsoon!! It’s an energetic festival filled with zest and an electric atmosphere that never fails to impress. You can hear cheers of ‘Ganpati Bappa Moraya!!’ echoing around cities. People from all cultures celebrate Ganesh Chaturthi, with the tourism industry booming during this time. Without any further ado, let’s look at this festival’s background with some famous places of worship and what you can eat!! 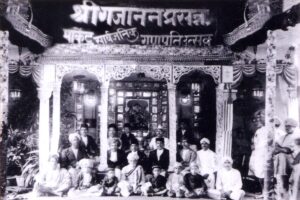 The festival of Ganesh Chaturthi commemorates the birth of Lord Ganesha in the Hindu month of Bhadrapada. Some say that the first celebrations began in the 1600s since Chhatrapati Shivaji Maharaj considered Ganesha their Kuladevata (family deity). Although, some argue that the festival dates back to the rule of the Chalukya dynasty, between 271 BC and 1190 AD. However, Bal Gangadhar Tilak transformed this festival into a public event in the 19th century to unite everyone. Did you know that Lord Ganesha has 108 different names?!

Known as the ‘God for Everybody’, there are several folklores surrounding Lord Ganesha.

In an extravagant festival like this, people decorate their houses when hosting Ganpati and inviting other people for blessings. Devotees throng famous temples to receive boons and hand-deliver prasadam to Lord Ganesha. During the 10-day festival, Gauri Puja (Goddess Parvati) or Mahalakshmi Puja is also done, two days after Ganesh Chaturthi. Also known as Mangala Gauri, it lasts for three days and is considered auspicious.

But with all these places, you might wonder what are the best festive delicacies to try?! Well, wonder no more!! As we all know that Ganpati loves Modak, which is the staple offering during this festival. However, there are also other sweet and savoury delicacies you can try, which are

Well, all this has got me in a festive mood, and everyone is ready to celebrate Ganesh Chaturthi. Let’s celebrate this monsoon-special festival with high energy levels. We wish everyone a safe and happy Ganesh Chaturthi and Ganpati Bappa Moraya!!